By admin
In Media 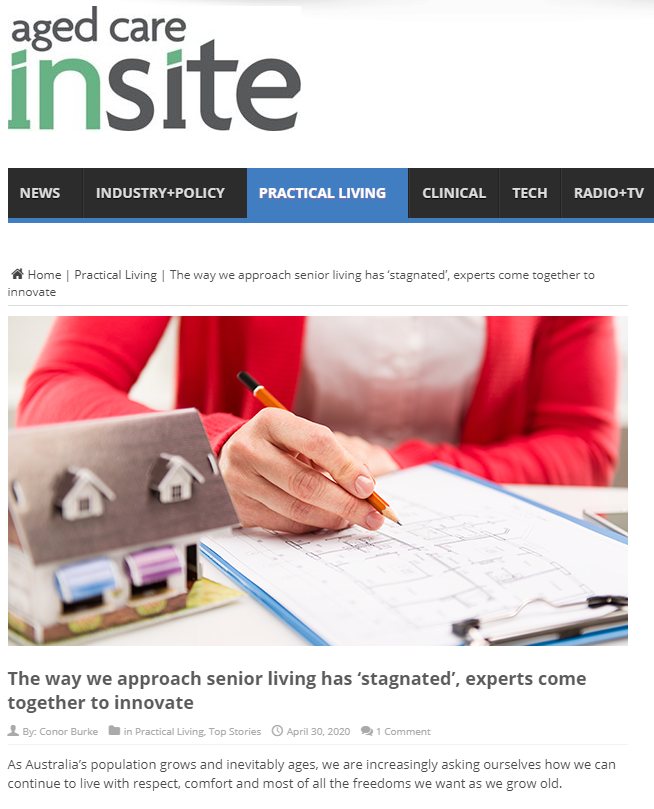 CRC Longevity has been featured in Aged Care Insite in an article titled ‘The way we approach senior living has stagnated.’

In the article, Longevity by Design co-founder Professor Laurie Buys, the University of Queensland’s Director of the Healthy Ageing Initiative, said the charrette has come at a time where we must decide whether Australia’s ageing population is a burden or an opportunity.

“The reason this charrette was so important is because the ageing population is, in fact, an opportunity – and this was an opportunity to challenge the assumptions that aren’t necessarily true anymore,” Buys said

“Older people are thinking and acting very differently than ever before, and we know that future generations of older people will have very high expectations about maintaining their engaged lifestyles.”

Participant Ingrid Marshall from Deicke Richards, a Brisbane-based design firm with extensive aged care experience, was quoted as saying “You can throw a lot of the things that normally constrain your level of thinking about it out the window and think more generally about it. It’s a hypothetical thing, rather than an actual client. That’s what was really good about it.”

DMA Engineers managing director and CRC Longevity co-founder Russell Lamb said that designing a dwelling fit for people as they age is quite restrictive.

“One of the challenges the industry is really faced with is how we can have a space which transforms over a matter of years and transforms in a way that maintains the character of the place and doesn’t become too clinical, too quickly.”